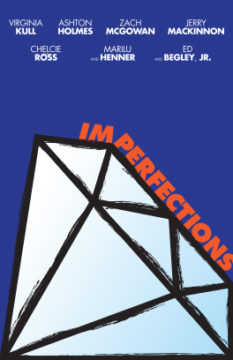 Cassidy is a struggling actress who worries that any chance at stardom may have already passed her by. Desperate to make enough money to move to Hollywood, she takes a job working as a runner for her mother's boyfriend, a diamond importer. When the money doesn’t come in fast enough, Cassidy gets involved in a diamond heist that quickly unravels into a wild web of lies, betrayals, and surprises.