Home / Cinema / It's For Your Own Good 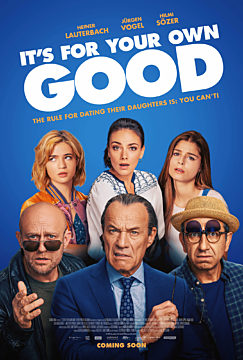 It's For Your Own Good

Arthur, Kalle and Yus, three-fathers-in-law, couldn’t be more different than each other. But they have one thing in common: their daughters have all fallen in love. Antonia cancelled her wedding because she fell head-over-heels for a political activist squatter. Luna has fallen in love with a nude photographer. And Sophie skips school to spend her time with Andi, who has shady criminal connections. Having no other choice, the unlikely trio of fathers decide to form a secret pact with one goal: the son-in-laws have to go! They will embark on a hilarious journey where no idea seems too crazy in order to get rid of them.