Home / Cinema / The Foam of Days 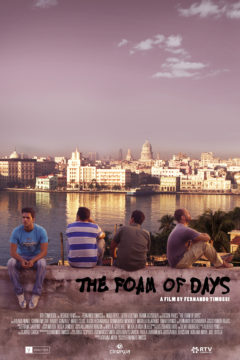 The Foam of Days

The story of four friends, who can be accurately described by their nicknames: ‘Shiny’ (Elegant), ‘Dummy’, ‘Philo' (Philosopher), and last but not least, protected while at the same time ostracised and ‘smack’ at the middle of their friendship: ‘Nutty’, as the name suggests, is the quartet's harmless yet truly demented resident.

This frayed foursome have been best friends since childhood. They've always been there for each other, through thick and thin and always had each other's back. Their friendship has been stress tested close to breaking point four-fold. Tragedy and time has only strengthened the unusually strong bond between them: This lads are brothers. True locals of the neighbourhood of Casablanca – their patch of dreams just across the bay from Old Havana.