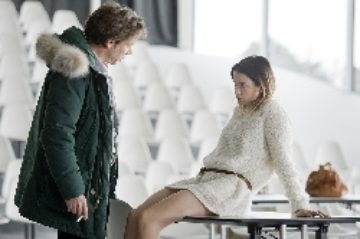 Love is the Perfect Crime

Today, in a region of mountains and lakes, somewhere between Switzerland and France. Marc, in his forties, is a professor of literature at the University of Lausanne. He has one love affair after another with his students. Still single, he lives with his sister Marianne. They share a huge, isolated chalet they inherited when very young. Winter has almost ended, when one of his most brilliant students, Barbara, disappears. Two days later, he meets Anna, Barbara’s mother, who wants to find out more about her vanished daughter.