Home / Cinema / Michael Lally: I Want To Call It Poems 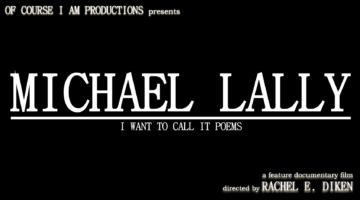