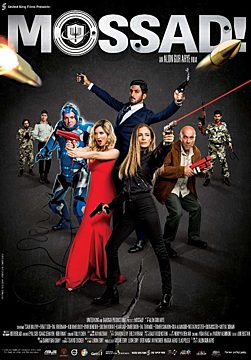 The Mossad and CIA team up to save the world from the "Really Bad Guys" terrorist organization. After an American tech-billionaire is kidnapped in Israel, the Mossad rushes to save him while the CIA send their best agent to help out. The Mossad agent and the CIA agent must work together even though they conflict like everything else in the Middle East. Should they fail at saving the world, the retiring director of the Mossad will lose his chance to light a torch in the Independence Day torch-lighting ceremony.