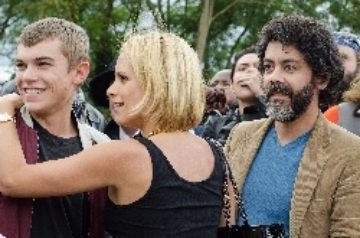 Martin, disillusioned after having lived and loved all too much, returns home to his father, a romantically inclined gardener in the autumn years of his life. He also encounters his young 16 year old brother, an idealistic enthusiast, whom he will incessantly try to put off love.
But that is without taking into account Mathilde, a young, extravagant and capricious woman who will upset all their bearings.