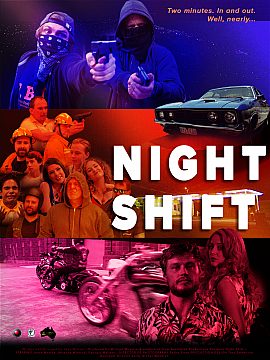 After the death of their mother, two destitute brothers rob a service station in an attempt to pay off the mortgage on their family home. But a time lock on the safe containing the money forces the would-be thieves to start taking hostages, as their simple plan spirals out of control.