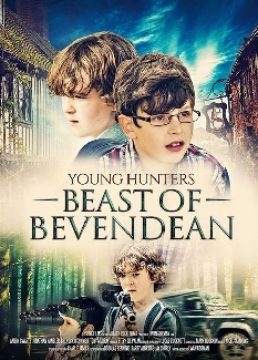 When something kills Mr Harper’s dog and Mr. Harper was found terrified near the woods, the blame is placed on an escaped big cat. Two eleven year old friends, Sam (Brenock O’Connor) and Raffi (Toby Murray), set out on a mission to capture it.
But this is no ordinary beast and they are not the only hunters in the forest. What started as a bit of fun becomes a dangerous game of hide and seek as they discover the true nature of the animal and its links to the shadowy Bio-Corporation.
The boys must now rely only on each other in a dangerous game of cat and mice.