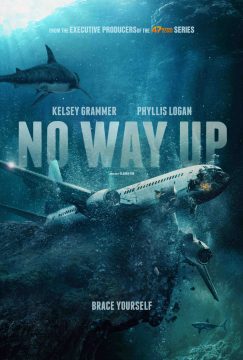 NO WAY UP is a high concept combination of disaster movie and survival thriller, as characters from very different backgrounds are thrown together when the plane they’re travelling on crashes into the Pacific Ocean.

The stricken airliner comes to rest perilously close to the edge of a bottomless ravine with the surviving passengers and crew trapped in an air pocket. With their air supply rapidly running out, a nightmare fight for survival ensues as dangers from all sides hone-in on them.