Home / Cinema / Nothing To Laugh About 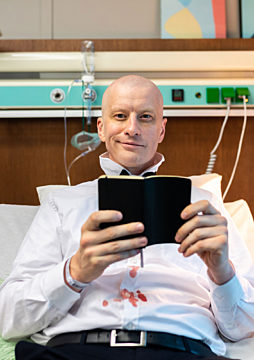 Nothing To Laugh About

Kasper Berntsen (40) is a successful stand-up comedian. He has everything a man could ask for: his regular gig at the city's top comedy club, his beautiful girlfriend and his fabulous life as a public figure. However, one day everything changes. Kasper is laid off and loses his regular gig, and the same night he gets home, his girlfriend leaves him. To make matters even worse, Kasper is faced with the worst nightmare imaginable when he is called to the doctor to discover that he has incurable cancer. All this on the same day. Nothing To Laugh About is the heartwarming story of Kasper's life coping with a serious illness, and how he gains a newfound self-belief and finds laughter again.