Home / Cinema / ON OUR WATCH 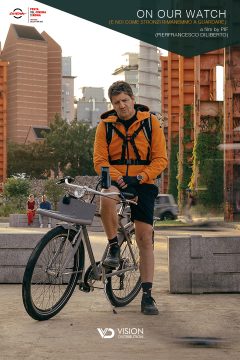 In his new film, Pif explores the digital economy of today and imagines the future. What is happening in the workplace when people are being replaced by robots and algorithms? Through our protagonist, Arturo a charming, but extremely down on his luck exec in his 40’s who gets marginalized by an algorithm for productivity that he indeed created, we will explore what happens to workers and workers’ rights in this new economy. As Arturo meets others in his same precarious situation, gets a job as a bike delivery person and falls in love with Stella, a hologram, an individualized companion for lonely people that you can access on the internet and who may actually be a real person, we will start to wonder if this new economy is actually working for the people.