Home / Cinema / One Must Fall 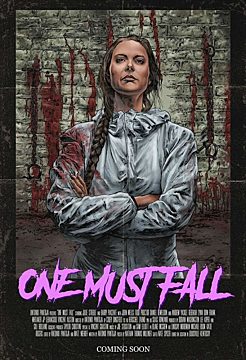 A horror-comedy slasher set in the 80's about a woman wrongfully fired from her office job and forced to take on a temporary job on a crime scene cleanup crew. With a maniacal serial killer on the loose leaving them lots of work, did he ever leave the scene of the crime?