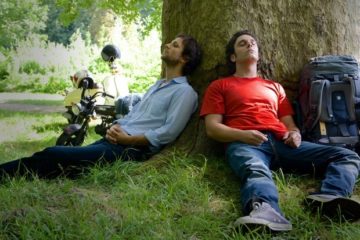 For too long, Yann Kerbec has been leading a life with no punch, bland, simply functional. A life without joy or sadness, like that of the living dead.
Until the birthday party where he is going to have the occasion to revisit the past. His past returns in the form of Thomas, an old friend whom he has not seen since high school. With Thomas, Yann will re-experience the best years of his life. His old friends, his first love. Memories which he thought he had forgotten come back to the surface.
But after the initial burst of nostalgia, Yann realizes that times have changed, that these ghosts really are part of the past and that it is time to move on.