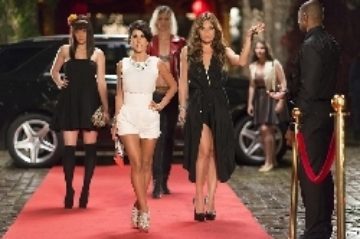 Maya, an up and coming young Moroccan stylist, is about to get her first fulltime job in a famous fashion house. Childhood in a working class suburb and her family in Morocco are behind her now, she is now officially an ’it girl’ in the world of fashion and Saint Germain-des-Prés. As bad luck would have it, a simple police check reveals that her green card has expired and in less than 24 hours she is on a direct flight to Morocco, back to the country and family she had wanted to forget, for a shock of cultures and a shock of prejudices. Maya will do everything she can, in fact anything she can, to get back to France.