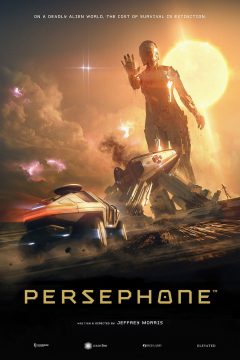 Refugees from a dying earth are traveling aboard an enormous space vessel called Odyssey. Their destination is Proxima b - a planet orbiting the nearest star. When a crew is dispatched to repair a shield designed to protect their colony from deadly solar flares, a computer malfunction causes them to crash-land on the alien planet. The crew then discover that they may not be the only life on this hostile world. A mystery unfolds that may not only derail their mission, but also prevent the colonists from ever setting foot on the planet.