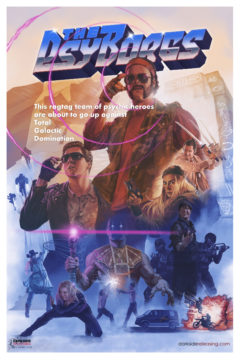 This ragtag team of psychic heroes is about to go up against Total Galactic Domination.

The future: 2004. The nefarious General Blight has set his sights on total galactic domination. Unfortunately for him, John Carbon and his psychic super friends – THE PSYBORGS – never get tired of kicking evil’s butt!