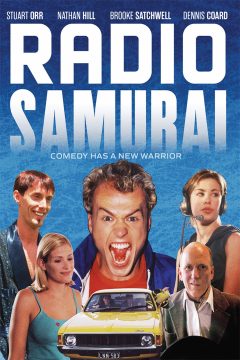 Radio Samurai is a hyper-reality comedy that follows the adventures of hip disk-jockey Gene Roseberry. After losing his job and breaking up with his girlfriend, Gene resolves to do whatever it takes to get them back. He teams up with his best friend John Reese and together this comedy duo charge through absurd situations and action-packed stunts on their way to the massive dance party spectacular! Only by joining the party will you discover Gene’s fate and find out why comedy has a new warrior!