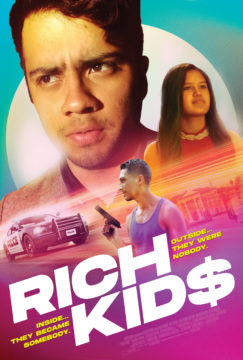 RICH KIDS follows a group of troubled teens from a low-income community who break into a neighborhood mansion with a border fence, and spend the day pretending to be rich and forgetting their problems until they are caught and chased by the police. Best U.S. Feature award winner at HBO's New York Latino Film Festival.