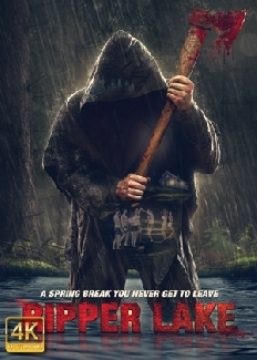 A group of college students venture into the wood for their spring break. It was a cabin owned by a relative of one of them and no one uses it anymore -- which provides the perfect setting to party up. The legend has it that some pharmaceutical companies years ago used the lake nearby as a testing ground to conduct secret experiments. The drug test resulted in several testing subjects turning psychotic and killing everyone that entered their land. Unaware of the dark history, the group set their sights on partying and drinking, while someone else has their sights set on them. The ultimate spring break suddenly turns into their worst nightmares as they realize they’re far from being alone. It's the trip that they would never get to leave...alive.