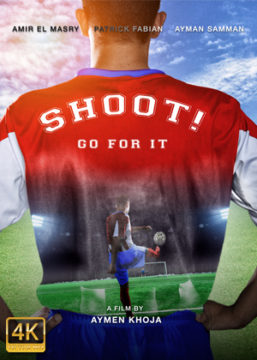 18-year-old freshman and avid football player, Anmar Almadi, cannot stop himself from taking a chance on playing football for his college team THE WARRIORS. His father, Khaled, pushes Anmar toward the family profession with his firm patriarchal view of family and society instead. Anmar's natural talent and quick mind catch the eye of Coach Robert. However, he also has to deal with some of his teammates playing roughly with him on the pitch, muttering racial slurs and challenging him at every turn. Despite the obstacles, Anmar loves the freedom to play football and hang out with his hilarious friend Ben, and his lovely classmate Ana. In the end, Anmar comes to understand his father's position as Khaled begins to see the talents of his son.