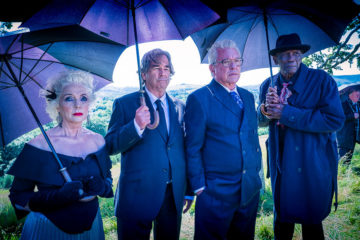 A motley group of senior superheroes whose world-saving days are long behind them, have been put out to pasture in a retirement home. But when they realise their remaining powers are being secretly syphoned off and used to sinister ends, they creakily assemble for action one last time.