Home / Cinema / Take Back the Night 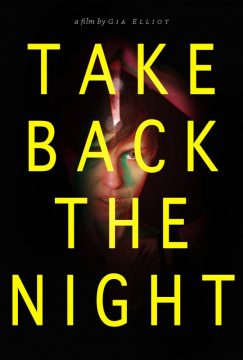 Take Back the Night

Finding herself the victim of a violent monster attack, Jane launches a vigilante campaign to hunt the beast that tried to kill her. Jane's efforts intensify, but her troubling history of drug use and mental illness bubbles to the surface causing her family, community, and authorities to question the authenticity of her account. Suddenly alone in her fight, Jane starts to doubt her own memory of the attack...to doubt if Monster exists at all.

Fueled by formidable female talent both in front of and behind the camera, Gia Elliot's Take Back The Night is a terrifying suspense thriller that's both an eye-opening expose and a powerful rallying cry.