Home / Cinema / Tales Of The American 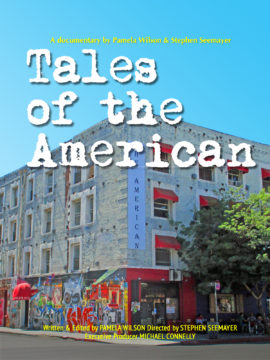 Tales Of The American

For some, it was a fresh start. For others, a last resort. It was the home of Al's Bar, the ultimate punk-rock dive. Built in 1905 to provide "first-class accommodations for negroes," the American Hotel has been a haven for society's outsiders for more than a century. Writers, musicians, filmmakers and painters have all called the four-story brick building home. The American Hotel is the heart of the Downtown Los Angeles Arts District. But as gentrification and development drastically and rapidly change the urban environment around it, its free bohemian spirit is struggling to survive.