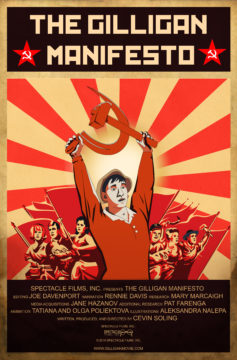 The hit TV show "Gilligan's Island" was designed to create a pure communist society at the height of the cold war. Interviews with the show's creator, actors, and Harvard professors

At the height of the Cold War, Gilligan's Island depicted seven Americans living in an analogue of a post-apocalyptic world where the survivors have to rebuild civilization. Remarkably, the society they create is pure communist.

Interviews with the show's creator, some of the surviving actors, as well as Harvard professors, reveal that Gilligan's Island was deliberately designed to be dismissed as low brow comedy in order to celebrate Marxism and lampoon Western democratic constructs.