Home / Cinema / The Price of Sugar 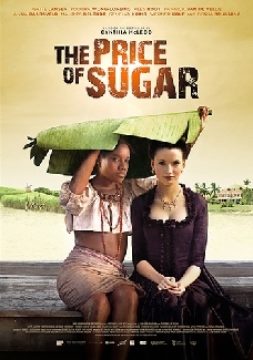 The Price of Sugar

THE PRICE OF SUGAR tells the intertwined fates of promiscuous young aristocrat Sarith (Gaite Jansen) and her slave girl Mini-mini (Yootha Wong-Loi-Sing), half-sisters of which life has made one the slave of the other in the Surinam of the 18th Century.
Living in a Dutch sugar plantation colony, Sarith, a beautiful but increasingly selfish aristocrat, and Elza her shy friend, find their lives changed forever when soldiers arrive from Holland to put down a slave uprising. New arrival Rutger is one of the few eligible men in the colony, and when he unexpectedly chooses Elza instead of Sarith as the object of his affection, the affronted Sarith decides to seduce her friend's new husband. Sarith's slave girl Mini-mini is a loyal and wide-eyed companion, and tries to justify her mistress' actions. But she becomes disillusioned as she witnesses Sarith's transformation from spoilt debutante to selfish manipulator…