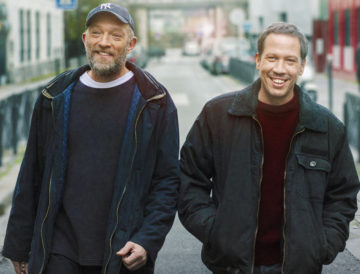 For twenty years, Bruno and Malik have lived in a different world—the world of autistic children and teens.
In charge of two separate nonprofit organizations (The Hatch and The Shelter), they train young people from underprivileged areas to be caregivers for extreme cases that have been refused by all other institutions.
It’s an exceptional partnership, outside of traditional settings, for some quite extraordinary characters.

Éric Toledano and Olivier Nakache are back to present you their long-time passion project.
The true story of two men, driven by their will to make things better for others, and the little wonders they work every day.
With Vincent Cassel and Reda Kateb: A new iconic duo is about to be born.
The Specials is a punch in the gut. An essential feel-good movie that will deeply move you and revitalize you.