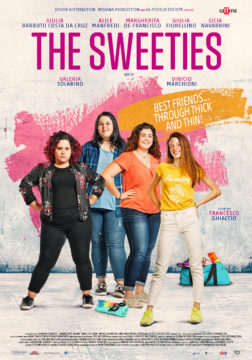 Mariagrazia, Chiara and Letizia are far from being confident in their bodies. Most of the times they would just like to be invisible. But when a video showing them in their swimsuits surfaces online, their worst nightmare becomes reality. Two possibilities now lie ahead: disappearing forever or diving into a mad mission - becoming synchronized swimming champions.