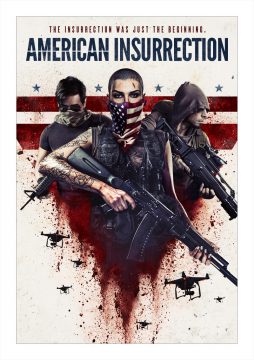 In the not-too-distant future, the one we’re all afraid of, a civilian militia - the self proclaimed "Volunteers" - are a rapidly expanding white supremacist hate group, that self-polices and terrorizes local communities using a barcoding system to track the "undesirable". Their purpose? To track, oppress and drive out anyone from this country who is not like them.

Desperate to escape the escalating violence in the city, a group of friends hideout at a half-way house near the border, waiting for the signal to safely cross.

Sarah and her husband, Jarret, activists and conductors for the new Underground Railroad, must save their friends Zahabiya, a Muslim woman who lost her family in a mosque bombing, and David, her husband.

After months without a signal - the group grows more on-edge as each of them are forced to confront their true identities in this do-or-died dystopian nightmare.