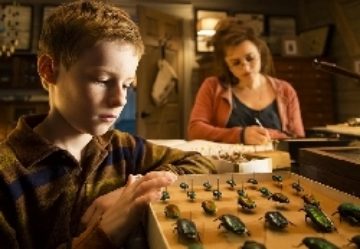 The Young and Prodigious T.S. Spivet

T.S. Spivet lives on a ranch in Montana with his mother, who is obsessed with beetle morphology, his cowboy father, who was born 100 years too late, and his 14 year old sister, who dreams of being Miss America. T.S. is a 12 year old child prodigy with a passion for cartography and scientific inventions. One day he receives an unexpected call from the Smithsonian announcing he has won the Baird award for the discovery of the perpetual motion machine, and is invited to make a speech. Unbeknownst to all, he decides to head for Washington D.C. crossing the United States on a freight train...but no one at the Smithsonian has any idea that he is only a child.