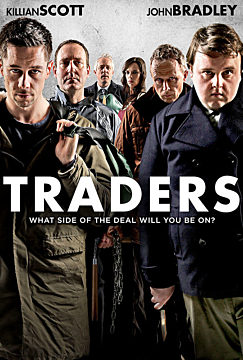 Jobs are gone. Homes are being repossessed. Suicide rates are soaring. But Vernon Stynes might have the answer - Trading. Two people empty their bank accounts, sell everything they own and put the cash into non-descript green bags. They travel to a remote location, dig a grave and fight to the death. Winner buries the loser and takes the two bags.Then you find someone else and do it again, and again, and again, until you are rich enough or dead, whichever comes first. Harry Fox has lost his job, his dignity, his best friend. What else has he got to lose? Why not become a Trader?