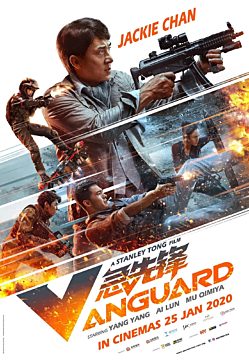 Founded by Tang Huanting (Jackie Chan), the Vanguard agency provides security services to high-ranking clients around the world. When a mysterious client reveals top-secret information about the planned assassination of the leader of the world’s deadliest mercenary group, he becomes target number one with multiple rogue assassins in hot pursuit. His only hope for survival lies in Vanguard’s team and Tang who won’t hesitate to dive himself into action to protect his client through London, The Middle East, and China.