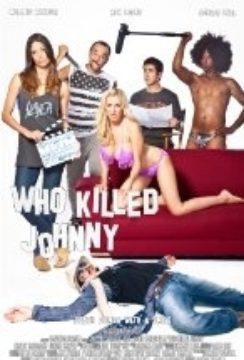 Two well-known Swiss actors leave Switzerland behind to pursue their Hollywood Dream. After several tough years – on the verge of giving up and returning to Switzerland – they still want to give it one last try.
The two actors and screenwriter rookies start to work feverishly and blindly to deliver a screenplay. They want the film to be completed fast. A titanic task... the race is on and the two screenwriters hope “for a Midas touch.” Problems start immediately when an eccentric neighbor suddenly appears leaving some illegal substance in the fridge. Then a ravishing beauty named Gudrun shows up, creating distractions. The screenwriters get hit with writer's block and run out of ideas. The pressure is mounting – in their panic, they make one bad decision after another. On the heights of their own chaos Johnny Depp, turns up dead on their doorstep in the Hollywood Hills. At first it looks like a car accident, perhaps even an execution. What is there to do? Call the cops or a cleaner? Bury the body? Or perhaps use the chance of a lifetime and put Johnny Depp in their new film to solve all their problems?

Then a tragic mistake happens which will change their lives forever.