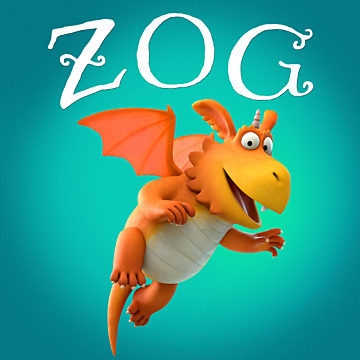 A half hour animated comedy based on the much-loved children’s book written by Julia Donaldson and illustrated by Axel Scheffler.

Zog is the story of keen young dragon who learns to fly, roar and breathe fire in Dragon School. He’s desperate to impress his teacher and win a golden star, but he’s accident prone and each year he is helped by a kind young girl who patches up his bumps and bruises. In Year Four he is tasked with capturing a princess… can the young girl help him with his trickiest challenge yet?