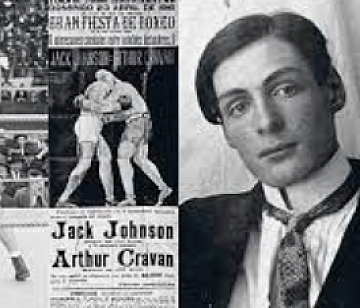 Arthur Cravan, a larger-than-life poet-painter-boxer and performance artist avant la lettre, drowned off the coast of Mexico in November 1918. So the history books tell us. But did he really? His body was never recovered. What if he survived and opted to turn his back on the past and embark on a new life? A chameleon life that takes him to Vera Cruz (Mexico, 1921) where he becomes a boxing instructor and meets the the future B. Traven, helping him to write The Treasure of the Sierra Madre, to silent-era Hollywood (1929) where he becomes a movie actor and street theatre performer, to high-society New York (1934), where he becomes an art collector and art thief), to civil-war Spain (1937) where he fights on the government side and falls in love, and finally to Paris (May, 1968) - changing names at every turn. The story is structured as a riddle, to be resolved by a young reporter whose encounter with a mysterious guru-figure sends her on a quest into the past, a past which - she is forced to conclude - is also her own.

About the real Arthur Cravan: https://en.wikipedia.org/wiki/Arthur_Cravan