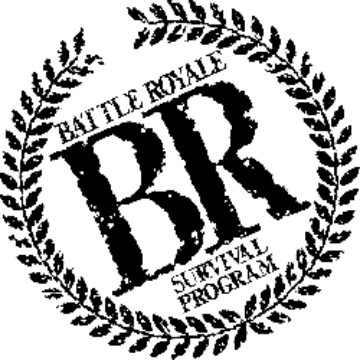 At the dawn of the new millennium, the country is in a state of collapse. Unemployment stands at 15 with millions out of work. School violence is out of control and rebellious teenagers stage mass boycotts. The beleaguered government retaliates with Battle Royale.... Each year a randomly chosen class is pitted against itself on an abandoned island in a cruel game of survival. A boisterous group of 9th graders embarks on a school trip. A typical group of adolescents, they flirt, tease, bully and joke as the bus rolls along the highway. NANAHARA Shuya, his friends Nobu and Noriko share cookies along the way. When they wake from a drug-induced sleep, they find that they have been hijacked to fight this year's Battle Royale.

A former teacher, Kitano (Beat Takeshi), will oversee the battle. Flanked by gun-toting soldiers, Kitano explains that each student has been fitted with a necklace that monitors their location. It can also explode on command. He casually murders Nobu to make the point.

The rules of this game are simple:
1) It lasts three days
2) Each player starts out with food, water and a "weapon."
3) If more than one player survives, everyone dies
4) There is no escape

As the roll call begins, one by one the kids grab backpacks and stumble away towards death or murder. As Noriko picks up her pack, Nanahara quietly urges her to wait for him. When they meet outside, they barely have time to compare weapons (a pot lid and binoculars), before a classmate falls on them with a hatchet. In the struggle that follows, Nanahara inadvertently kills the boy. Confused and angry, Nanahara vows to protect Noriko, and to outwit his government's sick experiment by finding a way to survive with his friends.

As the game progresses, terror and panic challenge the students' fragile trust in each other. Some suspect everyone, blindly striking down those who cross their paths. Others form alliances, dreaming of a peaceful solution with multiple survivors. Against a tapestry of violence, hope and fear, Nanahara and Noriko begin to fall in love. Despite the game's brutality, the adolescent players remain obsessed with their crushes, their petty grudges -- and their dreams.