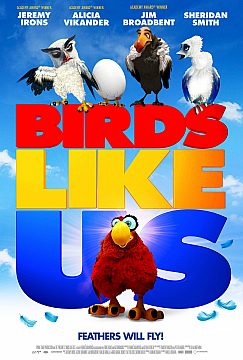 In the land of Birdabad, a treebound community in the middle of a vast desert, a society of flightless birds exists. Ruled by a tyrannous leader and his carnivore crew, the fruit-eating birds unthinkingly swap their eggs for fruit. But one young couple, Huppu and Hassan, are determined to defy the system and save their rare chick from this terrible fate…
So begins an ethereal journey through a bizarre yet beautiful universe, as the birds - having been exiled from Birdabad into the terrifying unknown land beyond - team up with a mysterious blind bat in a peril-filled attempt to reach the place where the sun sets.