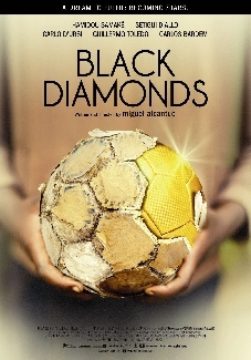 Just 15 years old, they left Africa and arrived in Europe led by a promise that they would become football stars.
Amadou and Moussa are spotted in Mali by a football scout, separated from their families and brought to Madrid to become stars. They embark on a journey through Spain, Portugal and Northern Europe which will show them firsthand the world of shadows behind the beautiful game a business which does not see in them two young kids, but two “Black Diamonds”.