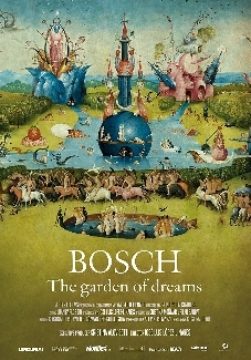 Bosch, The Garden of Dreams

A mystery within a mystery, the painting “The Garden of Delights” is Hieronymus Bosch most famed and intriguing. In 2017 the world will be celebrating his V centenary. Through unique images granted by an exclusive access to the Prado Museum, – like being witness to the process of X-raying the painting, and its restoration- , the film explores and seeks to unveil all the unanswered questions about the painter himself, the painting, and explain the inspiration that it has had in writers painters, musicians from all over the world.