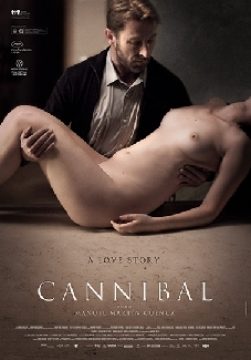 Carlos is the most prestigious tailor in Granada, but he’s also a murderer in the shadows. He feels no remorse, no guilt, until Nina appears in his life. She will make him realize the true nature of his acts and, for the first time, love awakens. Carlos is evil incarnate, unaware of itself. Nina is pure innocence. And Cannibal is a demon’s love story.