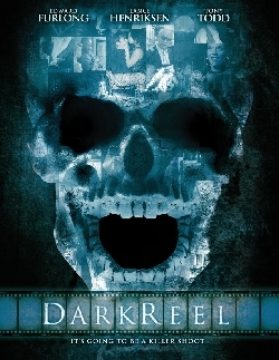 Murder, mystery and mayhem, are playing in this tongue-in-cheek, horror-mystery ticket, as B-movie fan Adam Waltz (Edward Furlong - “Terminator 2: Judgment Day” and “American History X”) wins a walk-on role in a film featuring Scream Queen Cassie Blue (Tiffany Shepis -“Nightmare Man”). Believing his luck has changed for the better Adam unwittingly steps into chaos on the set - where a serial killer is on the loose. When an actress is murdered, Adam’s role gets bigger, and the publicity makes the studio chief's (Lance Henriksen – “AVP: Alien vs. Predator” and “Aliens”) low-budget thriller become the next big Hollywood hit. Soon Detective Shields (Tony Todd – “Final Destination” and “Candyman”) suspects everyone - including Adam. Who is the killer? And who is next? It is a terrifying horror picture that has Blockbuster written all over it – that is, if there’s anyone left alive to watch it!