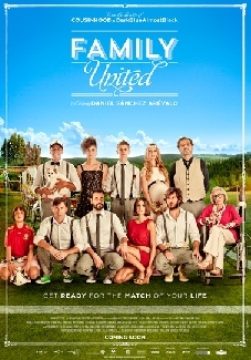 Ephraim, the youngest of 5 brothers all with biblical names (as in 7 Brides for 7 Brothers), asks his 10 year-old classmate, Carla, to marry him when they both turn 18. Eight years later, who would have thought that Spain would be playing the World Soccer Championship finals in South Africa precisely on the wedding day. Ephraim will reunite his family on this day of national catharsis and with the entire country paralyzed by the game, each family member will be confronted with the most challenging match of their lives: accepting who they are and where they come from.