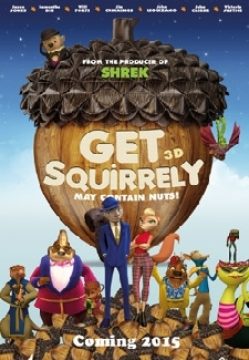 In the vein of Ocean’s Eleven – No Mission is Impossible! High concept 3D family action adventure film from the talent behind the box office sensation Shrek, Valiant and Space Chimps to name but a few.

After “Nut House Nuts Inc.” harvest the forest for their own commercial gain, recently escaped con-squirrel ‘Frankie’ must perform the heist of the century – breaking into the high-security packaging plant and salvaging all the nuts.

With the aid of his trusty right-hand porcupine ‘Cody’, and an elite team of forest dwellers, ‘Frankie’ must pull-off one last job, to save the forest animals from hunger and maybe get back the girl of his dreams...

From legendary producer John H. Williams of Vanguard Films. John has produced some of the most successful animated films of all time including our favourite ogre Shrek. Dan Krech has over twenty years experience of working in animation in Canada (Veggie Tales, Dinosaur Revolution for Discovery, Fish ‘n Chips) and in 2012 established a new animation studio, “Buffalo Media” with Phyllis Laing and Ken Zorniak.