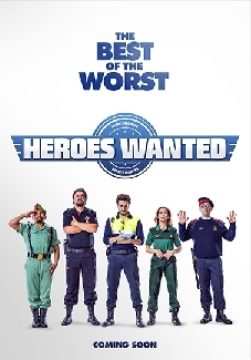 There's a special ops group so secret that no one knows of its existence, made up of the best of the worst and led by chaos, disorganization and clumsiness. Yet these are the chosen ones sent to save their country from a violent attack before it's too late. You never knew who held your safety in their hands. Now you'll wish you never found out.