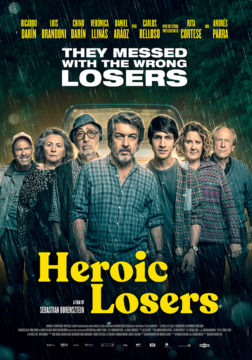 Argentina, December 2001. A group of friends and neighbors pool together all of their savings to reactivate an agricultural cooperative and the economy of their small town. The day after they deposit the group’s money in the bank, Argentina’s banking system collapses, and they lose it all. But they soon find out that they are not only victims of the country’s crisis, they have been scammed by an unscrupulous lawyer and bank manager who were poised to take advantage of the situation.

In a twist on the heist film, this small town group of every men and women bands together and puts a plan into action to recover what’s rightfully theirs.