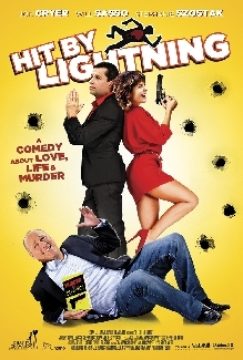 RICKY MILLER (Jon Cryer) a sweet 40-plus manager of a Denny’s type restaurant gets his prayers answered when he joins a dating site and meets DANITA (Stephanie Szostak) – an impossibly beautiful woman who shares all his interests. He soon learns there’s just one little catch – she’s married and he has to kill her evil husband. Ricky shrugs – there’s always going to be SOME baggage when you’re both around 40. Ricky’s best friend SETH (Will Sasso) finds out her monster husband is actually an ex-Rabbi who proves to be generous and affable when they finally meet him. Ricky is torn. Is Danita telling him the truth? Or is Seth right and she’s a femme fatale, like Kathleen Turner in BODY HEAT, who’s playing Ricky?