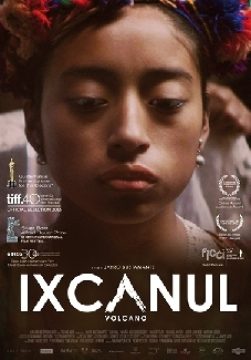 María, a young 17 year old mayan girl, lives and works with her parents on a coffee plantation on the foothills of an active volcano in Guatemala. An arranged marriage awaits her. Although Maria dreams of going to the “big city”, her condition as an indigenous woman does not permit her to change her destiny. Later on, a snake bite forces her to go out into the modern world where her life is saved, but at what price...