ホームページ / 映画 / Little Princess and the Legend of Blue Foot 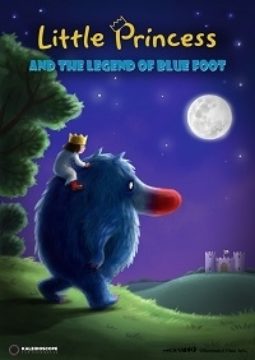 Little Princess and the Legend of Blue Foot

After discovering a blue beast having a feast in the kitchen, Little Princess goes on a mission to prove his existence and exonerate alleged food thieves Puss and Scruff. Meanwhile, a rich businessman arrives at the castle, with a contract and the promise of a holiday. By accepting his terms, the family unwittingly signs over their kingdom. As they prepare to leave their home, Little Princess must uncover the mysterious beast, in the hope of him helping save their home from destruction.

From the award-winning Illuminated Film Company, and produced by Iain Harvey (On Angel Wings, The Snowman, Father Christmas).
The TV Series has just been commissioned for series four and five, and has been aired in more than 170 countries, with DVDs available in more than 30 countries.