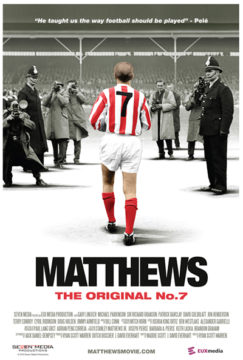 Considered by many to be one of the greatest athletes of the 20th century, if not the greatest soccer player of all time, Sir Stanley Matthews’ skill, sportsmanship and stardom were lightyears ahead of their time, earning him the moniker: ‘The Wizard’.

Never-before-seen archive footage, photographs and interviews come together in this full length feature documentary to tell the incredible true story of one of international sports’ most legendary figures.