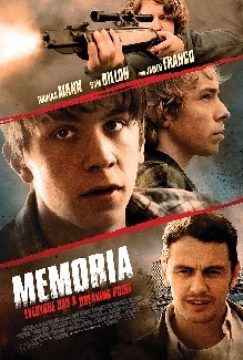 Ivan Cohen (Sam Dillon, BOYHOOD) is a teenage boy living in Palo Alto, California. Unable to get along with his mother and his stepfather at home, Ivan looks for acceptance among his friends—a group of rebellious teenagers who experiment with sex and drugs and engage in self-destructive behavior. However, Ivan struggles to find his place in the world after he becomes unsatisfied by his slacker group of friends, his love for a girl who doesn't even know he exists, and a dysfunctional family life. A complex and introverted teen, Ivan, is shattered by the chaos and the apathy of the world around him. He retreats to a world inside his mind—a world that is ultimately as cruel as the one he left behind. Co-starring in the film are James Franco (THIS IS THE END) and Thomas Mann (PROJECT X). Based on the short story by James Franco.